Every summer, Nashville gathers thousands of music fans to share the passion and melody of music with the world. Whether you’re a country or blues fan, Nashville is a unique music city!

This city is full of culture, art and entertainment, attracting many singers and music fans to enjoy music – sometimes with only a guitar.

The Country Music Hall of Fame and Museum was established in April 1967 with the largest and finest collection of country music in the world. It records the whole music development history and keeps the inheritance of ancestors and music.

The museum owns one of the most important exhibitions of stage costumes and musical instruments in the United States.

More than 600 instruments on display, many of which are rare samples and design prototypes, make the museum proud by music lovers.

Ryman Auditorium, a 2,362-seat venue for live performances, was listed on the National Register of Historic Places in 1971 and National Historic landmark in 2001.

Formerly the Union Gospel Tabernacle, Ryman Auditorium was opened in 1892. It was built by Tom Ryman, a Nashville businessman, for a rousing preacher named Samuel Porter Jones.

The auditorium has now been turned into a high-tech concert hall, offering a variety of high-level performances.

Grand Ole Opry was completed in 1974. With a capacity of 4,400, it is by far the largest televised concert hall in the world. Hundreds of musicians play their concerts here every year.

More to love:  10 Books That Will Inspire You to Travel to Italy

The theatre does not only offer operas or musicals but also offers performances of different musical styles for audiences to enjoy.

Today, Grand Ole Opry is the most famous stage for American country music.

Music Row is the heart of Nashville’s country music industry, and is the home of record labels, radio stations and recording studios.

Tours are available at the iconic Historic RCA Studio B, which features hits recorded by legends, such as Elvis Presley.

Here’s the Must-See Sights on Music Row in Nashville, Tennessee.

Music-theme restaurants and bars are the soul of Nashville.

Honky Tonks on Broadway wins the prize of “Igniting Your Night with Music.”

Want to join the locals and other tourists toasting and singing?

This is the best place to go, with music bars and restaurants filling the streets to keep you up all night. There’s also the pub where Taylor Swift used to be on site.

This street is near the Music Row. Now, it’s the creative hub of country music, and the epitome of Nashville that provides a dream stage for music lovers!

Here are more things to do in Nashville, Tennessee: 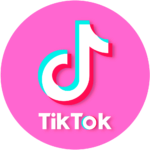