Dance music festivals have become a staple in the music festival circuit, with some of the largest attracting hundreds of thousands of people. These events span over multiple days and feature DJs and artists from around the world.

A childhood friend of mine is celebrity DJ, and I had the opportunity to go backstage and see a lot of really cool behind-the-scenes activity! I’ll save all the backstage photos, videos, and writings for a later post here on my website, so stay tuned! 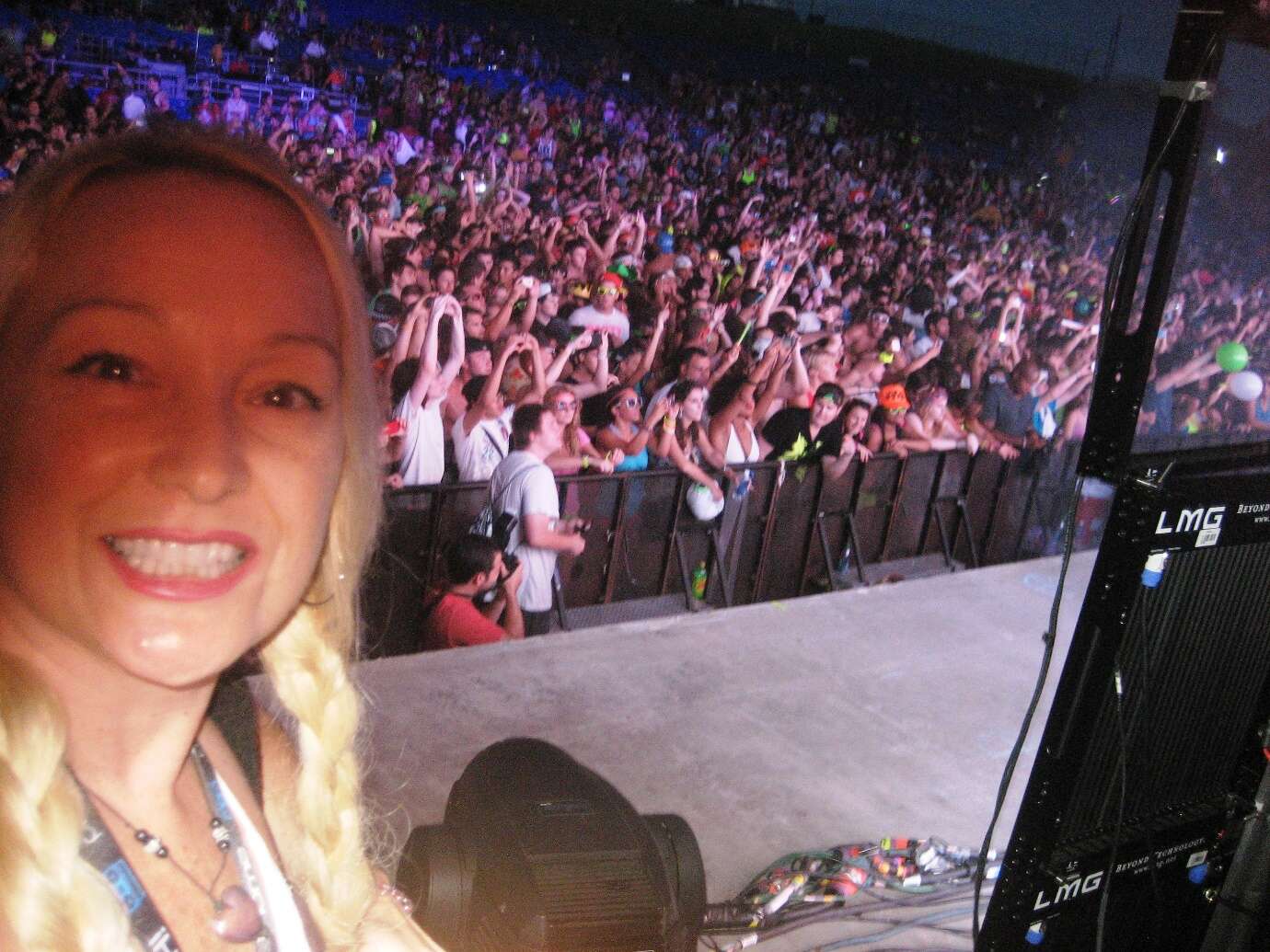 Here is a look at three of the largest dance festivals in the world:

Tomorrowland is an electronic music festival held in Boom, Belgium. People from over 200 countries around the world come to this festival! It was first held in 2005 and has since become one of the world’s largest and most popular music festivals.

Tomorrowland is known for its grandiose stage design and production values. Tomorrowland has two main stages, the Main Stage and the Freedom Stage, as well as a number of smaller stages.

More to love:  Sparkling and Exciting Nightlife in Nashville: a photo gallery

The festival has a capacity of around 180,000 people and features a wide range of electronic music genres. The festival has won numerous awards, including the International Dance Music Award for Best Music Event.

The festival features a wide variety of electronic music genres, including house, techno, trance, drum and bass, and more. Tomorrowland has also been host to some of the world’s biggest DJs and producers, including Tiësto, Armin van Buuren, Hardwell, and Martin Garrix.

Electric Daisy Carnival (EDC) is an annual electronic dance music festival that originated in 1997 in Los Angeles, California, and has since spread to various other countries around the world.

More to love:  Top 10 Exciting Things to Do at Icy Strait Point, Alaska

The festival features a wide variety of electronic music genres, including house, techno, trance, and dubstep.

EDC is one of the largest and most well-known electronic dance music festivals in the world, with an estimated attendance of over 400,000 people in 2014!

The festival is held annually in Las Vegas, Nevada and has become known for its unique atmosphere and experience, with massive stage production, elaborate costumes, and non-stop dancing.

The festival is also known for its commitment to sustainability, with a focus on recycling and green initiatives.

The Ultra Music Festival is the world’s largest electronic music festival, held annually in Miami, Florida. The festival attracts over 165,000 people from all over the world and features some of the biggest names in electronic dance music.

The Ultra Music Festival has been held annually since 1999 and has become one of the most popular music festivals in the world.

The festival features multiple stages with different genres of electronic dance music, as well as art installations and food vendors.

The Ultra Music Festival is an incredible experience for any fan of electronic dance music and is not to be missed!

If you enjoyed this blog post, be sure to join the Michelle Valentine email list to get more unique world travel experiences delivered to your inbox each week!